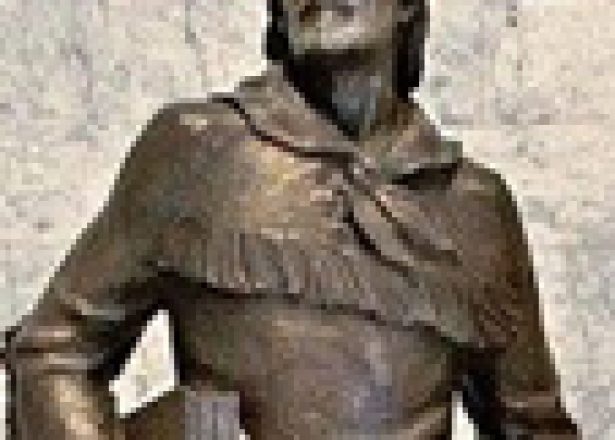 The legislature finds that under rigorous, objective review Marcus Whitman does not meet the standards of being one our state's top honorees with a statue display in Olympia and statuary hall in the United States capitol.

OLYMPIA, WA. - Five Democratic Washington state senators are sponsoring a bill that would remove statues of Marcus Whitman from the state capitol and the nation's capital.

At issue are the Whitman statue in the capitol rotunda in Olympia and the statue at the National Statuary Hall collection in Washington D.C., honoring notable people in individual sates' histories.

Carlyle wants the the statues to be removed and the legislature to "create a work group to make recommendations regarding an appropriate replacement."

Whitman was a medical missionary and pioneer. He led a party of wagon trains along the Oregon Trail and established missions including the Whitman Mission near present-day Walla Walla in 1836. When he tried to convert native Cayuse Indians to Christianity, the two cultures clashed. In 1847, following a deadly measles outbreak for which the Cayuse blamed Whitman, members of the tribe killed him, his wife and 11 others in an incident known as the Whitman Massacre.

Whitman County in Washington is named for Whitman, as are Wallowa-Whitman National Forest, Whitman Glacier on Mount Rainier and numerous sites and institutions in Walla Walla including Whitman College and the Marcus Whitman Hotel & Conference Center.