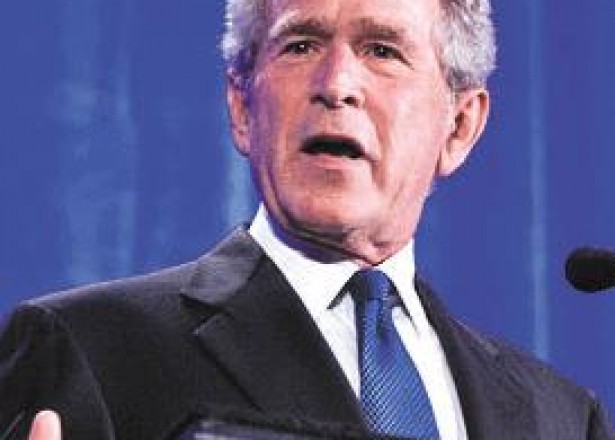 NEW YORK - Former President George W. Bush said Tuesday he wishes his name wasn't so firmly attached to one of his administration's signature pieces of legislation -- the broad-based tax cuts set to expire at the end of this year.
"I wish they weren't called the Bush tax cuts. If they were called someone else's tax cuts, they'd be less likely to be raised," he said in introductory remarks at a conference at the New York Historical Society.
The former president repeated the argument often used by Republicans -- that eliminating those tax cuts for the wealthy, as Democrats have proposed, would hit small businesses and hurt hiring. "If you raise taxes on these so-called rich, you're really raising taxes on the job creators," he said at the conference, which was sponsored by the Bush Institute, which he opened after leaving office. "And if the goal is to create private sector growth, you have to recognize that the best way is to leave capital in the treasuries of the job creators."