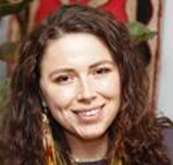 of the Walla Walla Union-Bulletin

For 17 years, Cia Cortinas Rood has been working in child education, and three years ago she returned to Walla Walla, where she was born and raised, to reconnect with her Latino community.

Cortinas Rood was away from the Valley for 14 years, teaching preschool in Portland and later abroad with her husband of 12 years who also works in bilingual education, to teach for a Canadian international school in Medellin, Colombia.

Before the pandemic, Cortinas Rood was a bilingual para educator, but once COVID-19 hit, she started a small bilingual POD, like a small school, that allowed her to continue to be of service to students.

“Working with and celebrating this rich community was a must, and I felt the call from within to return home.”

She is now finishing her education degree at Western Governors University and aims to work with English language learners. She also aspires to live and teach abroad again.

Her love of education came from being raised by a teacher, her mom and mentor, Mary Cortinas.

“I fell in love with early childhood education when I was 18,” she said. “I saw how underrepresented it was and still is. I knew I wanted to make an impact in that area of teaching.”

She said one of the most rewarding parts about education, especially with younger children, is their openness to new ideas.

“Working with native Spanish speakers in the Valley brings such joy to my heart,” she said.

During the ‘60s, ‘70s and ‘80s, there were few Latino teachers and no bilingual classroom settings, she said.

“Latinos within the Valley were forced to assimilate and encouraged to disconnect from their culture, especially their native language,” Cortinas Rood said. “So many lost their language, not only in Walla Walla, but across the U.S. during this time.”

She applauds Walla Walla Public Schools for raising opportunities for students in diversity in staff and curriculum even though there is still a lot more to be done.

She said her father and his 17 siblings did not have these opportunities when they were young.

“For me to be able to come back home and offer myself to the mission to create more equity in our schools is something I take great pride in,” she said.

Cortinas Rood also aims to be of service to her community.

“I am a proud, biracial woman who wants to use her white passing privilege to help amplify melanated voices,” she said.

Part of returning to Walla Walla for her was putting her fears aside and jumping head first into local activism.

“In bigger cities like Portland, I had anonymity. Being from Walla Walla, having a family who is well known and respected made me think about what I really wanted from moving back home,” she said.

She worked with Planned Parenthood to raise funds for rural clinics, became a founding member of Black Lives Matter Walla Walla and sits on a committee for diversity, equity and inclusion for Walla Walla Public Schools.

She helped raise money and played a DJ set for the local PRIDE festival in Walla Walla and just recently worked with a small group to bring books to every Black child from kindergarten to 12th grade in the Walla Walla Valley.

Cortinas Rood is also a Court Appointed Special Advocate for children in foster care in Umatilla County and is a part of the Sherwood Trust’s rural development leadership program.

“I have made such deep and profound connections with some powerhouse women especially,” she said. “Most of the women I am working with are BIPOC (Black, Indigenous and people of color) women and allies that use their privilege to help elevate the voices of those who may not feel like they have a platform here in town.

“Cultivating these connections is vital for a healthy and diverse community. So to be a part of the work, that is what motivates me to get up and push for more”.

Who is your mentor? "My mother, Mary Cortinas ... She has taught in the Valley for almost two decades. She raised so many of the youth here in Walla Walla. My mother lives the motto 'I can’t do it ... yet,' and she instilled that point of view in myself and my brother. She is a huge part of why I push beyond what is in front of me."

What inspires you? People who attempt to live their most authentic lives.