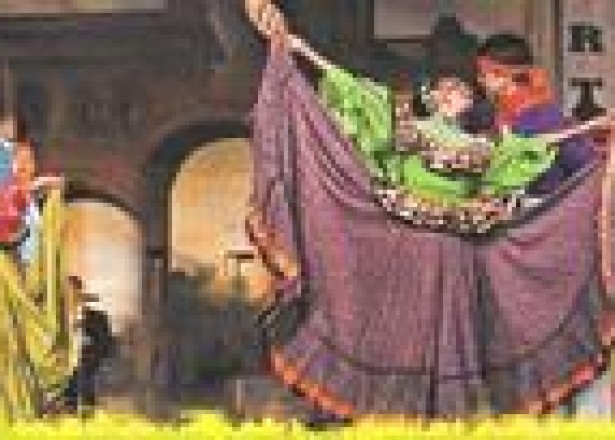 When celebrating the Cinco de Mayo holiday, consider a more authentic Mexican experience than simply ordering a margarita and chips and salsa at the local sports bar. Not ready for a trip to Mexico right now? There is plenty of Mexico to explore and celebrate in the United States since much of the Southwest was once part of our neighbor to the south. Cinco de Mayo commemorates the Battle of Puebla in which Mexican Gen. Ignacio Zaragoza led his outnumbered troops in defense of Puebla against the French on May 5, 1862. Zaragoza was born in 1829 just outside the Presidio La Bahia in Goliad (now part of Texas).
The Presidio, or fort, displays a statue of Zaragoza, a Mexican national hero, who died of typhoid fever in 1862. Still operated by the Catholic Church, the Presidio hosts Mass every Sunday at the Our Lady of Loreto Chapel. (Cinco de Mayo is not Mexican Independence Day, which is September 16, 1810.)
Many people will mark the weekend holiday with a visit to the Misión San Antonio de Valero in San Antonio, now known as the Alamo, which the Spanish first constructed and Mexican and Texas troops later occupied. The March 6, 1836, battle between Mexican troops and Texas revolutionaries is known among descendants of the Republic of Texas as a great fight against impossible odds. The Mexican troops crushed the revolutionaries, but the Texans fought back victoriously later that year, and the Republic of Texas was born.
Spanish land grants in Arizona
Established in 1752 as a Spanish presidio, the town of Tubac (now in Arizona) was once a stop on the road from Mexico to the Spanish settlements in California. Tubac Presidio State Historic Park preserves the site of the Presidio San Ignacio de Tubac, the oldest fort in what would become the state of Arizona. Now it's an artist colony and home to many galleries. When you're finished gallery hopping, head to Elvira's restaurant, which was established in 1927 in Nogales, Mexico, and reopened in Tubac.
About 50 miles from Tubac, Rancho De La Osa was part of the original 3 million-acre land grant from Spain's king to the Ortiz brothers of Mexico in 1812.
The rancho fell within the boundaries of the United States after the 1854 signing of the Gadsden Purchase settling the U.S.-Mexican border. It now welcomes overnight guests, who can view a cannonball on display that Pancho Villa reportedly fired at the house during the Mexican Revolution.