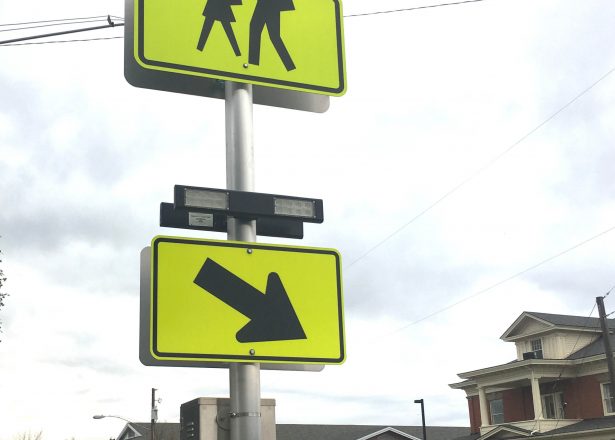 During the first week in April, the City of Walla Walla made changes to improve safety for students traveling to and from Willow Public School, 412 W. Poplar St. The updates include reduced speed limits, new crosswalks and new signage along West Poplar and Alder streets, and South Sixth and Seventh avenues.

The changes increase the number of marked crosswalks in the area; create a 20 mph school zone on Poplar; and move the start of the 20 mph zone on Alder two blocks west, from Sixth to Eighth Avenue. The goals are to reduce traffic speeds adjacent to the school when children are present, and improve safety and driver awareness.

As established in WAC 468-95-335, the 20 mph speed limits are in effect when school children are in a marked crosswalk; waiting to cross a road in a crosswalk; or walking along the roadway within 300 feet of a crosswalk. The Walla Walla Police Department will do focused enforcement of the school zones, with the initial goal of educating drivers about the changes.

The new signage and crosswalks cost around $6,220, including $4,110 for materials and $2,110 for labor and equipment. Funds for the project came from the City’s Street/Traffic Budget. Street Division staff performed the installation.

The changes come after several months of coordination and planning, during which City Public Works staff met with school administrators, parents and a representative from St. Patrick Catholic Church to develop the safety enhancements. Willow, which leases its facilities from the church, opened in August 2018, and is a free public charter school serving students in grades 6-8.

“We are so thankful to the City of Walla Walla for collaborating with us to identify needs for the streets surrounding Willow Public School. Many of our scholars walk to and from school, and the lower speed limits and additional signage will help keep scholars and families safe as they come to and from school,” said Willow’s Director of Finance and Operations Amanda Yuen.

“One of the primary goals of a community is to provide for the education and safety of its children. Keeping our children and their families safe while walking or riding to and from school is an essential component of maintaining a successful school system,” said Kathryn Southwick Hess, chair of Safe Travels Alliance, which promotes safety in school zones.

Improving safety on a dangerous stretch of road

Travel is becoming more dangerous on and along roadways nationwide. According to the National Highway Traffic Safety Administration, the number of pedestrians killed annually by vehicles in the U.S. rose 45 percent from 2009 to 2017. In February, the Governors Highway Safety Association reported its early estimate of such fatalities in 2018 was 6,227 — the highest number since 1990.

In Walla Walla, vehicle collisions involving pedestrians and cyclists account for 4.4 percent of all crashes, but they account for 54.8 percent of the serious and fatal injuries. Poplar Street is especially hazardous, experiencing both the highest total number of crashes and the highest weighted crash value (which emphasizes fatal and serious-injury accidents) of any street in the city. This concern for Poplar is heightened by increased pedestrian activity in the vicinity of Providence St Mary Medical Center — Walla Walla’s only hospital — and the addition of Willow.

To improve the safety of drivers and pedestrians, the city plans to convert Poplar from four lanes to three between Myra Road and Park Street, with one travel lane in each direction, a center turn lane and bike lanes. This design will improve sight distance and reduce travel speeds, and should provide a potential crash reduction of about 30 percent.

However, this conversion is several years away from being implemented. Until then, pedestrians seeking to cross Poplar Street sometimes experience a “multiple threat.” In this situation, a vehicle stopping for a pedestrian can obstruct the visibility of that pedestrian from other motorists. These restricted sight lines greatly increase the potential for pedestrian/vehicle collisions, so drivers should use extra caution when they see cars stopped in travel lanes, as they may be waiting for pedestrians to cross the roadway.
Providence St. Mary, which is located across Poplar Street from Willow, has partnered with the school and the City by purchasing 18-inch-square flags, which will be placed on sign poles adjacent to crosswalks. Pedestrians may use these flags while waiting to cross the street and while crossing, in order to improve their visibility to drivers. “Now that Willow Public School has become a member of our community of schools, the City is again working to keep our kids safe by supporting the changes needed to improve the safety of the school zone surrounding the school. These changes also greatly improve the safety of pedestrians navigating the Providence St. Mary campus, which is an added bonus for our entire community,” Southwick Hess said. “This once again proves we can work together to keep our children safe.” 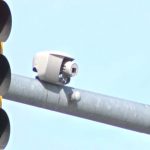 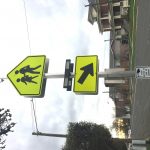