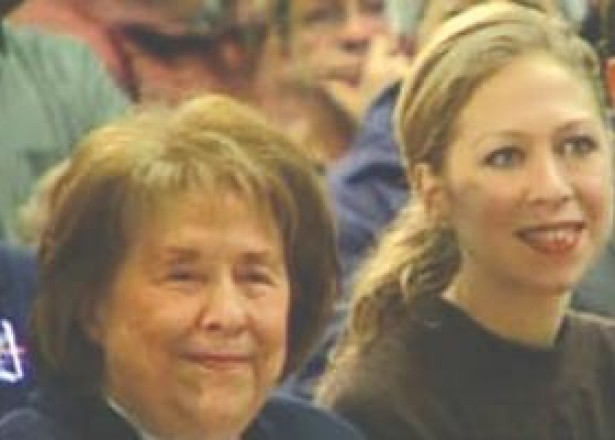 Washington, DC - Secretary of State Hillary Clinton's mother, Dorothy Howell Rodham, died early Tuesday in Washington, the Clinton family said. She was 92.
Hillary Clinton had canceled a scheduled trip to Britain and Turkey after her mother fell ill. No details of her mother's illness were disclosed. Dorothy Rodham made occasional campaign appearances with her daughter during Clinton's unsuccessful Democratic presidential bid in 2008, and she helped the former first lady raise money to retire her campaign debt. She also made trips with the Clintons during their years in the White House, including a 2000 visit to India and a 1998 trip to China.
A statement from the Clintons said Rodham died shortly after midnight, surrounded by her family.
Rodham grew up in a small California town and moved to Chicago in 1937. She was married in 1942 and never worked outside the home, although she did help with Bill Clinton's campaigns and her son Hugh's unsuccessful 1994 U.S. Senate bid.
In 1987, she and her husband moved to Little Rock, Arkansas, to be close to their daughter. Hugh Rodham died in 1993.
Dorothy Rodham was considered intensely private and rarely spoke to the media.
The family statement described her as having a "quintessentially American" life story and as a "warm, generous and strong woman; an intellectual; a woman who told a great joke and always got the joke; an extraordinary friend and, most of all, a loving wife, mother and grandmother."