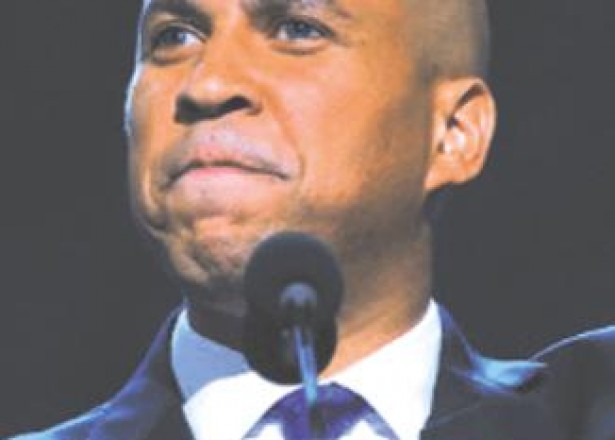 New Jersey - Hoping to break any stigmas of government assistance, Newark Mayor Cory Booker of New Jersey will live on food stamps this week–a challenge that first began as a Twitter conversation.
The Democratic mayor will operate on a food stamp budget of about $30 a week ($4.32 per day), roughly the same amount provided to people in New Jersey who take part in the Supplemental Nutrition Assistance Program (SNAP).
Booker, who's considered a potential gubernatorial candidate in New Jersey's 2013 race, vowed to go on the budget after getting into a debate last month with a Twitter user, who argued "nutrition is not the responsibility of the government."
"In my own quest to better understand the outcomes of SNAP assistance, I suggested to this specific Twitter user that we both live on a SNAP equivalent food budget for a week and document our experience," Booker wrote in a blog post Monday.
To promote the experiment, Booker, who's known for his frequent Twitter posts, will use the hashtag "#SNAPChallenge."
More than 47 million Americans used SNAP benefits in August, according to the latest monthly data available. In New Jersey, 787,460 participated that month.
Those using the benefits are allowed to purchase breads, cereals, fruits, vegetables, meats, fish, poultry, and dairy products. They are not permitted to buy alcoholic beverages, tobacco products, hot food and any food sold for on-premises consumption. The Department of Agriculture, which administers the program, also states that soft drinks, candy, cookies, snack crackers, and ice cream count as food items and are therefore eligible items. The list also includes seafood, steak, and bakery cakes.