Former Obama prof: President ‘Must be defeated’ in November 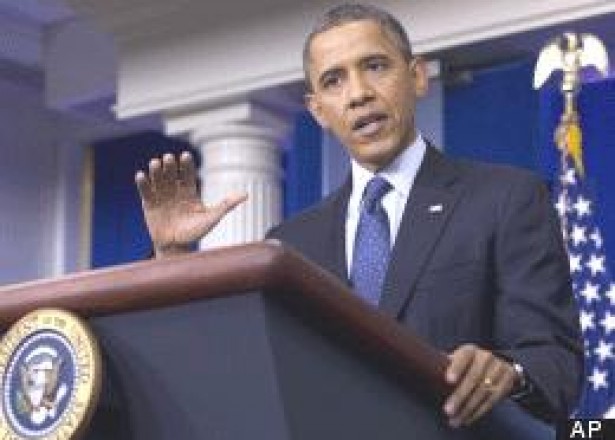 WASHINGTON, DC - One of President Obama's former Harvard professors is calling for the president's defeat in November, releasing a scathing video in which he accuses the president of abandoning America's workers while pushing a policy of "food stamps."
The video by Brazilian scholar and politician Roberto Unger serves as an indictment of both parties. But in it, Unger says Obama must be defeated in order for the Democratic Party to restore itself "as the vehicle for the progressive alternative in the country."
Obama, he said, has not advanced that cause. "President Obama must be defeated in the coming election. He has failed to advance the progressive cause in the United States," he said in the eight-minute video, titled "Beyond Obama" and posted to YouTube.
"He has spent trillions of dollars to rescue the moneyed interests and left workers and homeowners to their own devices," Unger said.
Obama, when he attended Harvard, took two classes with Unger -- Jurisprudence and Reinventing Democracy, according to David Remnick's book "The Bridge: The Life and Rise of Barack Obama." Unger continued to correspond with Obama via BlackBerry going into the presidential campaign, Remnick reported, though Unger said he never became Obama's "friend" and kept his distance from the then-candidate out of concern that Unger's own "leftist" leanings might do "harm" to Obama.
In the recent web video, Unger's accusations against his former student become increasingly caustic. Toward the end, the professor claims Obama pursued health care reform at the expense of economic recovery.
"He has subordinated the broadening of economic and educational opportunity to the important but secondary issue of access to health care in the mistaken belief that he would be spared a fight," Unger said. "He has disguised his surrender with an empty appeal to tax justice."
He went on to say Obama "reduced justice to charity" while embodying a policy of "financial confidence and food stamps" and a "politics of hand-holding."
Unger wasn't exactly thrilled about the thought of a Mitt Romney presidency, either. He warned that should Obama be defeated, "there will be a cost for his defeat in judicial and administrative appointments."
But, he said, the risk of "military adventurism" would be the same under either Obama or Romney.