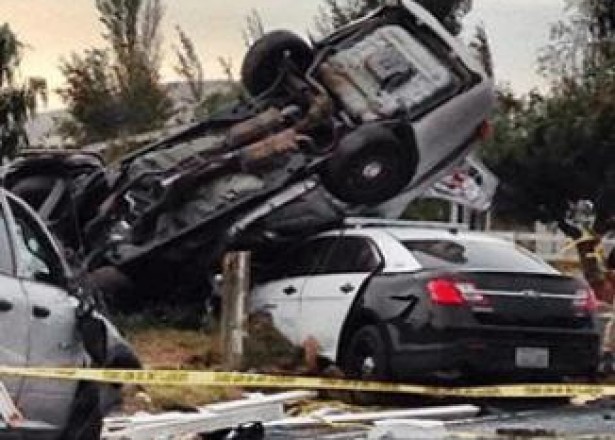 BENTON COUNTY, Wash. -- A domestic dispute led to a high-speed chase Tuesday morning in Finley.
Sheriff's deputies said the suspect was armed with a sword. He fled the scene of a domestic disturbance and led police on a chase reaching speeds of more than 100 mph. Officials tried to use spike strips to stop the man, but the suspect avoided them. They were forced to call off the pursuit because it was too dangerous.
Deputies returned to the home where the chase started. The suspect eventually returned. He drove down Bowles Road with his lights off and hit a parked patrol car, according to deputies.
No officers were hurt. The suspect was taken to the hospital. His identity has not yet been released. Its unclear what charges will be filed.