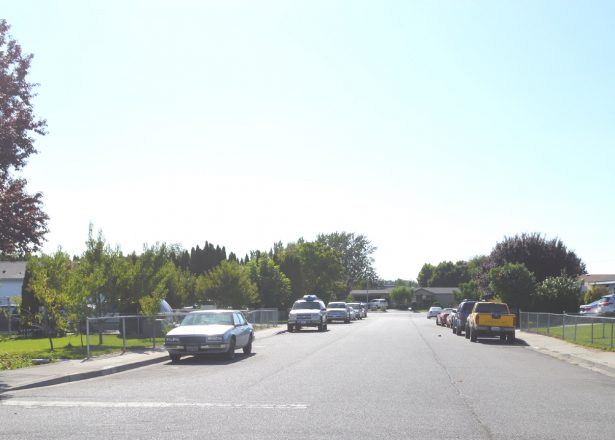 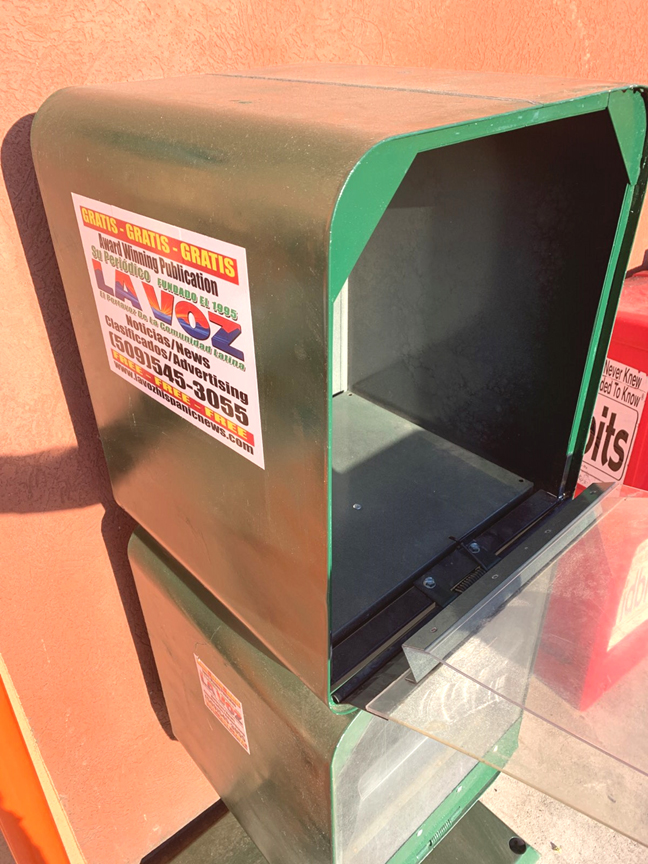 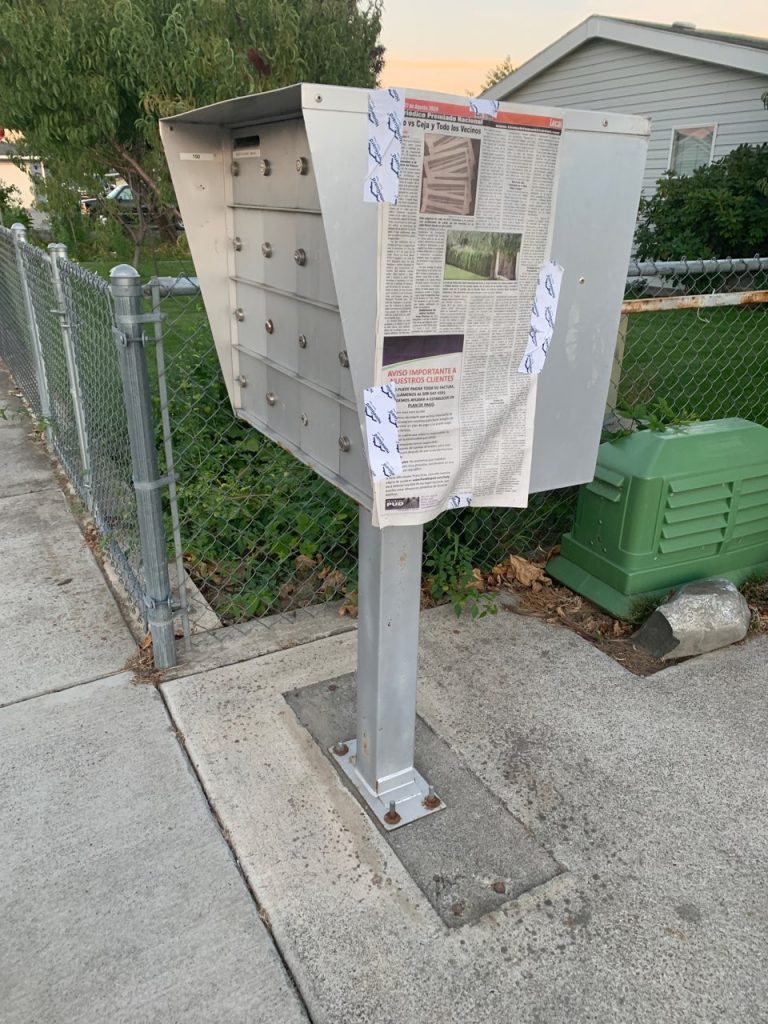 PASCO, WA. The families on Nixon Street and 26st. in Pasco are tormented every day according to the reports that the newspaper La Voz received. Many testimonies written in the Superior Court of Franklin County, as well as videos of disagreements between the neighbors that were taken by several including the young woman. Zulma Ceja the eldest of the Ceja family along with her father Eutiguio Ceja. The videos appear on the Facebook pages of “Zulma Ceja and her father Tiquio Ceja” not because they want to cause problems for the Soto family, but just so the community knows what is going on with all the neighbors who live on Nixon Street in Pasco for the last 10 years.
"Wet", "F --- ken Wetbacks", "Here comes the migra" and many more shouts from the Soto family who are a neighbor of the Ceja family and every day they have to hear these types of threats, being spiritually tormented and every day, they shout to the dad Eutiguio Ceja. last week where it is heard in a recording "I'm going to end his Pendejo Life" and you don't know when it will happen to you "the voice of Juventino Soto was heard outside his house along with his son Juventino Jr. and his wife Imelda Soto, after they picked up the newspaper La Voz and read the report in the newspaper.
Many of the neighbors stop going outside their homes to enjoy their yards with their own relatives because the Soto family always start with shouts of rudeness and tormenting all the neighbors that ICE will soon arrive to give them a free trip to Mexico and also to call Donald Trump to come get them all to Mexico.
Videos and More Videos On Facebook
In one of the videos, that was recorded on July 4, 2020 when some of the children of the Nixon Street neighbors were playing in the street in front of the Soto family's house and at the same time the Soto family were celebrating Independence Day in your own yard with a carne asada, Tejano music, and with friends and family. According to the information we received and witnesses from many, that the children were assaulted by Imelda Soto yelling at them as they left in front of her house and shouting rudeness to the children and the children were running scared and crying to their parents about the evil that the children had received. (See the video of Zulma Ceja on Facebook), the eldest daughter of the Ceja family also wrote the following: Many of you do not know, but in my neighborhood there is a racist family. That will harass all the neighbors, visitors and young children. They say they are not Mexican because they are from Texas and on July 4 they decided to start yelling at young children while playing in the street. Saying that they were not allowed to play in the street because they were Mexican and to return home, among other things, to young children. As a community we are tired of suffering from name calls and racial assaults that they make every day. All the people in the video live in the neighborhood and are tired of her behavior. We have been dealing with this for years and as you can see at the end of the video the police do nothing about it. We can't even enjoy our patios because they continually yell at us names and tease us for no reason. This has to stop! ️
On Facebook you could also see another video recorded by the Ceja family, the neighbors of the Soto’s when a child left his bicycle on the sidewalk in front of the Soto family's house and when Juventino Soto came out and picked up the bicycle and they recorded him stepping on the child's bike causing damage and and breaking the bike.
Last week Eutiguio Ceja informed us that he was outside his house washing his car in his own parking lot when he heard the voice of Juventino Soto Sr. shouting from the other side of his fence “suck- -la P-to” is flavor of vanilla. During a visit to the Ceja family's house, Mr. Euitiguio played the recording of Juventino's voice and ask the question,whose voice will the recording be of? And of course you could hear the voice of Juventino Soto Sr.
Calls from acquaintances of Los Sotos
The newspaper La Voz received calls from acquaintances and former relatives of the Soto family and they told us that Juventino Soto Sr is Mexican and that Imelda Quesada Soto is from McAllen, Texas. A relative told the newspaper that Juventino Soto Sr. fixed his documents on behalf of his first wife. The newspaper La Voz sent him texts and trying to confirm the information we received but they never answered the texts or calls.
An elderly woman who was not shy about calling the newspaper La Voz by the name of María Martínez who has lived in Pasco for more than 40 years was a friend of the Soto’s and after several years and she recognized that the Soto family were not good friends and had to end the friendship. Martinez said Imelda is a very bad woman and she speaks pure rudeness, I stopped being her friend because she got into my personal life and asked questions that no friend should ask. My children told me that my friendship with Imelda and the Sotos should end because they are not good friends. She also told us that Imelda Soto found one of her children (she did not give the son's name) at the Costco store and embarrassed him by swearing at him where her son told her to leave or he’d call the police.

Sotos vs La Voz
On Thursday of last week that the first part of this report came out, Juventino Soto Sr and his wife Imelda Soto called us shouting rude and loud Juventino Soto shouted "Go see P-to" I am going to end your life "something we did not expect and it is not done with the press. The law protects three professions in the United States: Policemen, Judges and journalists and if you harm them you can receive life in Jail. La Voz is communicating with our lawyers and even requesting a Restraining Order from the Sotos that they are; Juventino Sr, Imelda Quesada Soto and Juventino Soto Jr., La Voz newspaper also made a report with the Pasco police immediately and we received protection from the Pasco Police. In part 3 of next week more testimonies from other neighbors you can contact the reporter David Cortinas by phone: (509) 55-3055 or by email: lavoz@bmi.net
David Cortinas
lavoz@bmi.net