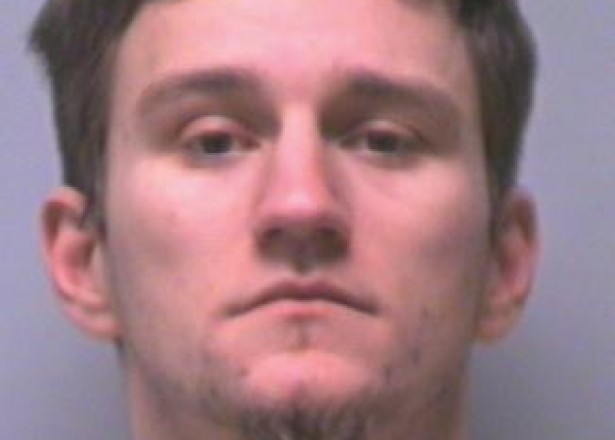 Kennewick, Wa. - On November 10, 2011 at 10;40 pm, Officers responded to an interrupted Residential Burglary in progress at 114. N Irby St. Blake Gassaway reported that he came home this evening at approximately 10:40 pm. As he pulled into his driveway, he noticed that the gate to his backyard was open. He then noticed three males exit out his front door and flee on foot, carrying property from his house. Gassaway ran after the males (northbound towards Clearwater Ave).
He caught up to one male in the parking lot of Wendy’s on Clearwater. The male suspect threatened to kill him, so Gassaway backed off. The male then continued running towards SR395. Gassaway continued to look for the males and eventually went back to his house to call 911. Gassaway was able to collect much of the property taken, as the suspects dropped many items while running. One of the suspects dropped a cell phone, and it was determined to belong to Rex M. Kern (01/31/85). A photo montage was completed and Gassaway identified Kern as one of the three involved.
The suspects were able to get away with a Playstation 3 video console, PS3 games, Apple IPod, Kodac digital camera, jewelry and change. Kennewick Detectives have continued the investigation today. We now have probable cause to arrest Kern for Burglary in the 1st degree. Kern is believed to be driving a black Subaru Outback. The two remaining suspects have not been identified.