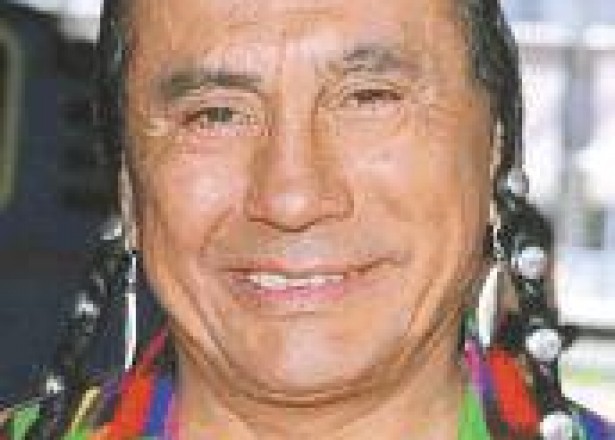 SIOUX FALLS, S.D. - Russell Means, a former American Indian Movement activist who helped lead the 1973 uprising at Wounded Knee, reveled in stirring up attention and appeared in several Hollywood films, has died. He was 72.
Means died early Monday at his ranch in in Porcupine, S.D., Oglala Sioux Tribe spokeswoman Donna Solomon said.
Means, a Wanblee native who grew up in the San Francisco area, announced in August 2011 that he had developed inoperable throat cancer. He told The Associated Press he was forgoing mainstream medical treatments in favor of traditional American Indian remedies and alternative treatments away from his home on the Pine Ridge Indian Reservation.
Means was an early leader of AIM and led its armed occupation of the South Dakota town of Wounded Knee, a 71-day siege that included several gunbattles with federal officers. He was often embroiled in controversy, partly because of AIM's alleged involvement in the 1975 slaying of Annie Mae Aquash. But Means was also known for his role in the movie "The Last of the Mohicans" and had run unsuccessfully for the Libertarian nomination for president in 1988. AIM was founded in the late 1960s to protest the U.S. government's treatment of Native Americans and demand the government honor its treaties with Indian tribes. Means told the AP in 2011 that before AIM, there had been no advocate on a national or international scale for American Indians, and that Native Americans were ashamed of their heritage. "No one except Hollywood stars and very rich Texans wore Indian jewelry," Means said. "And there was a plethora of dozens if not hundreds of athletic teams that in essence were insulting us, from grade schools to college. That's all changed." The movement eventually faded away, the result of Native Americans becoming self-aware and self-determined, Means said.
Paul DeMain, publisher of Indian Country Today, said there were plenty of Indian activists before AIM but that the group became the "radical media gorilla."
"If someone needed help, you called on the American Indian Movement and they showed up and caused all kind of ruckus and looked beautiful on a 20-minute clip on TV that night," DeMain said.
Means said he felt his most important accomplishment was the founding of the Republic of Lakotah and the "re-establishment of our freedom to be responsible" as a sovereign nation inside the borders of the United States. His efforts to have his proposed country recognized by the international community continued at the United Nations, he said, even as it was ignored by tribal governments closer to home, including his own Oglala Sioux Tribe.