They were accused of Hanford fraud and kickbacks

Now these companies are fighting back 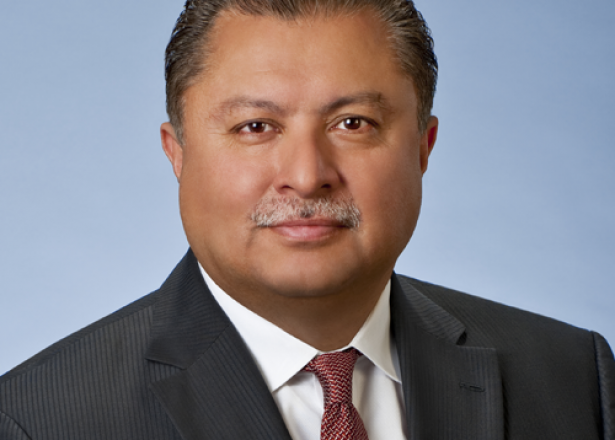 RICHLAND, WA - Two Hanford contractors and their former owner have asked a federal judge to toss out a civil lawsuit accusing them of overcharging the federal government for past work at the Hanford nuclear reservation.

It accused the companies of fraudulent billing and misrepresenting the anticipated additional profit for Lockheed Martin Services Inc., or LMSI, which was a subcontractor.

All have strongly denied the allegations of wrongdoing, which the Justice Department said happened over five years starting in 2010.

In documents filed this week in U.S. District Court, Mission Support Alliance called the lawsuit “a textbook case of overreach.”

The case revolves around the previously intertwined financial roles of the accused companies.

The 580-square-mile Hanford nuclear reservation in eastern Washington State was once used to produce plutonium for the nation’s nuclear weapons program. Courtesy Department of Energy

Mission Support Alliance, which is one of four major contractors at Hanford, was owned in part by Lockheed Martin Corp. when it was awarded a contract worth $3.2 billion a decade ago to provide site-wide services at Hanford, including information technology.

Mission Support Alliance said it disclosed to DOE all pertinent aspects of its subcontract with LMSI, and DOE approved it.

“This case is a classic example of what is, at most, a contract dispute transformed 10 years later into allegations of fraud by hindsight,” Mission Support Alliance said.

The federal government said Lockheed Martin profited twice on the same information technology services — once as the main contractor hired for the service and again through the subcontract to its subsidiary, LMSI.

But DOE approved a subcontract that paid fixed prices or rates for services, which means the subcontractor either makes money or loses money on its work, Mission Support Alliance argues.

“The government approved a commercial subcontract that inherently carried profit potential, and all of the rates charged to the government were fully disclosed,” said Mission Support Alliance.

It cannot now attack the amount of profit earned by LMSI as the product of fraud, it argued.

DOE paid the claims submitted for payment for the subcontractor for five years.

Then in 2015 it raised concerns about the appropriateness of paying profit to LMSI.

Since 2015 LMSI’s subcontract has ended and Leidos has purchased the division of Lockheed Martin which partially owned Mission Support Alliance.

It strongly disputes that a bonus paid to Armijo as a Lockheed executive was a kickback.

The Justice Department said that Armijo used his authority at Mission Support Alliance to secure favorable subcontract terms from LMSI and in turn received “kickbacks” in the form of bonuses.

But a company cannot pay a kickback to its own employee, Lockheed argued.

The U.S. Supreme Court has held that employee incentive compensation is not a kickback because it does not involve a payment to an independent third party, Lockheed said in the documents.

Even if it was possible for a company to pay a kickback to its own employee, the Justice Department fails to make a plausible case, it said.

The corporate owners of Hanford contractors routinely assign, or “second,” their employees to work at Hanford, Armijo’s attorneys argued.

If all of their bonuses were considered illegal kickbacks, the civil liability would be ruinous, his attorneys said.

The Justice Department builds its case on a “series of inaccuracies and omissions that tell an incomplete and misleading story,” Armijo’s attorneys said. “It attributes to Armijo actions that he did not take, that he did not have the authority to take, or that he took in good faith based on the advice of seasoned subject-matter experts.”

The Justice Department ignores facts that undermine its allegations, including that on one of the rare occasions Armijo was asked to weigh in on the subject, he urged Mission Support Alliance to demand larger discounts from LMSI, Armijo’s legal team said.

He paid $124,400 in August to resolve his liability and agreed to cooperate in the federal investigation, but admitted no wrongdoing.

His attorney said he entered the settlement to put an end to the Justice Department’s long-term investigation of him.

The Justice Department also argues that in some cases both Mission Support Alliance and LMSI billed the federal government for the same labor.

Lockheed Martin said that the Justice Department failed to provide any facts to show that was ever done knowingly.

It also disputed an allegation that LMSI billed the government for costs outside the work it was assigned to do. The Justice Department did not say which work and billing it referred to, according to Lockheed Martin.

Arguments for the dismissal are set for Oct. 3.